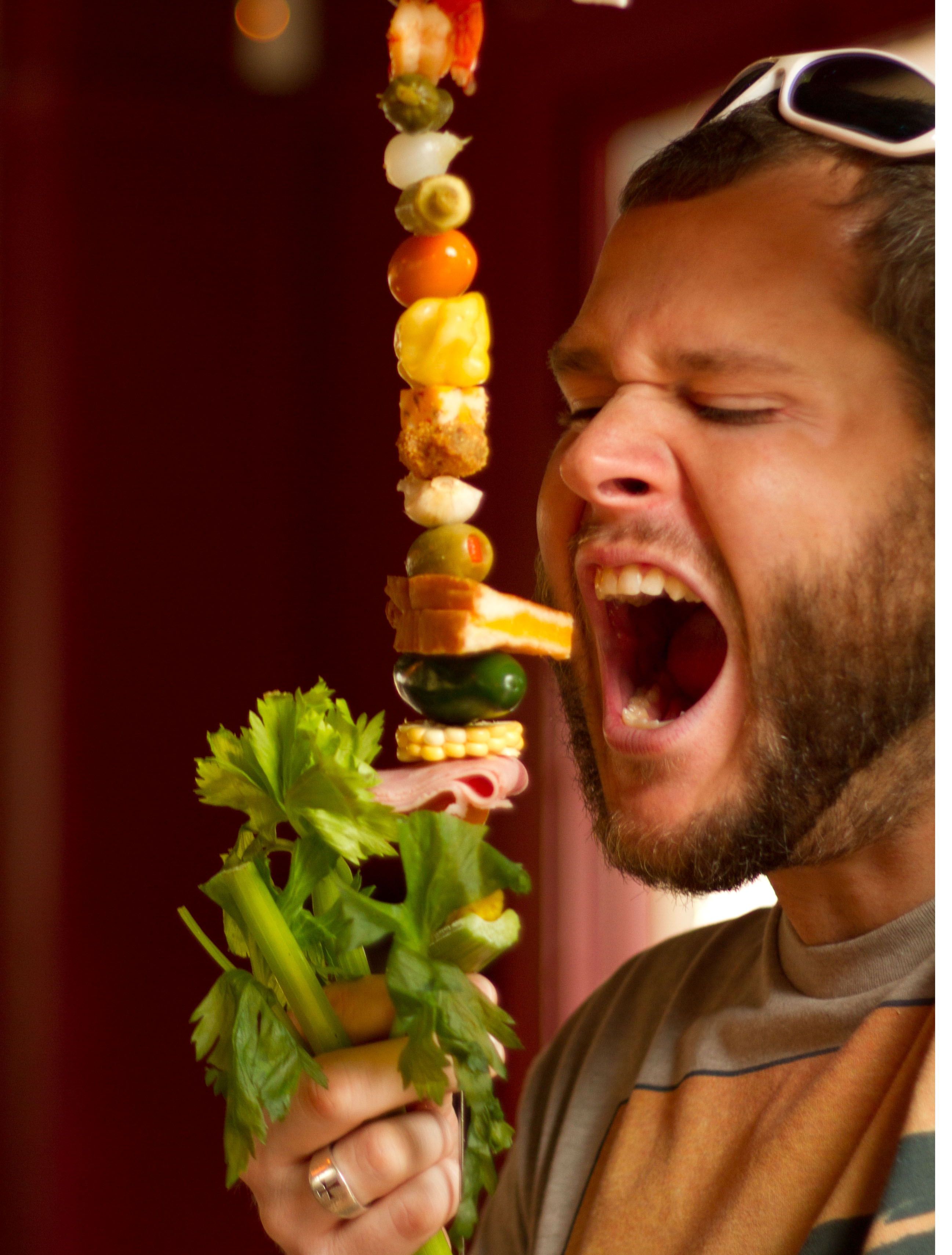 Eric "Fat E" Phillips is a true blue Texan and an honest to goodness Austinite. He has a passion for college football, live local music, and all things spicy. He and his four older brothers were raised in the Texas Hill Country and brought up to abide by typical Texas values, such as being a gentleman, and working hard to get where you want to go. According to him, the finer things in life include a lazy afternoon spent lounging next to a cold river with a steak on the grill and an icy beer in his hand.

Growing up in central Texas, Fat E was constantly immersed in a culture that demands spice at every meal. Strong traditions and exotic flavors cultivated his love for food and inspired the creation of his Spicy Mator Mix. As a young adult, he found his calling in the food service industry, and to date, he has held practically every type of position available in the restaurant setting. It is no wonder that Fat E's expertise is good food and strong drinks. He has developed a love for cooking and considers crafting the perfect meal and accompanying cocktail an artform. When an opportunity arises to test out his taste buds with a new flavor, Fat E follows a "no rock unturned" philosophy, and he has a deep appreciation for diversity when it comes to his palate.

Eventually, Fat E encountered the ever intriguing Bloody Mary- a vodka and tomato juice cocktail that never tasted the same way twice. A Bloody Mary could have anywhere from 2 to 20 ingredients according to the discretion of the bartender who pours it, it can vary from a thin juice to almost soupy in texture, and the flavor profile can range from sweet and citrusy to fiery and mouth puckering salty. This little concoction is as unpredictable as the Texas weather, and to Fat E, that meant there was some fun to be had.

Creating the perfect Bloody Mary became a hobby and then almost an obsession. It wasn't long until one of Fat E's aforementioned brothers (who also happened to be in food service and was Fat E's roommate at the time) joined in the fun. At first it was a competition; who could make it hotter? who could drink it hotter? And then, it became a collaboration. Almost daily, these two met in the kitchen to explore different ingredients and together, they eventually forged the perfect cocktail.

To everyone who tastes it, this Bloody Mary is unlike any they have ever had, and for many, restaurant Bloody Mary's are be ruined forever, as they cower in comparison to the Phillip's Brother's recipe. It's just the right amount of sweet, citrusy AND salty, and it is spectacularly spicy. But not the painful type of spicy that sticks around unwanted, no matter how you try to extinguish it, that puts a knot in your stomach and ruins the rest of your meal. It's a quick briny burn that lingers on the tongue and at the back of the throat just long enough to leave you hankering for another sip. The consistency is light and refreshing, as opposed some of it's thick-as-gazpacho counterparts that leave dry chunks of bitter peppercorn behind in your mouth. Word began to spread of this delicious elixir and friends and family started to demand a batch of Bloody Mary's at every occasion.

Fat E started making bottles of Bloody Mary mix (sans vodka) in his kitchen to appease the growing demand for his beloved recipe, but soon even that wasn't enough. Without vodka in it, people came up with all kinds of crazy ways to use the Bloody Mary mix. Some folks use it as a marinade before tossing their meat on the grill. Others put it in stew or chili. Tequila drinkers use it as a Sangrita or to make a Bloody Maria. Even Mrs. E jumped on the bandwagon, pouring it in her beer to make a quick and easy Michelada. Fat E quickly outgrew his tiny kitchen. He began to have the recipe professionally bottled and renamed the concoction "Spicy Mator Mix" because it was being used as so much more than a Bloody Mary mix. 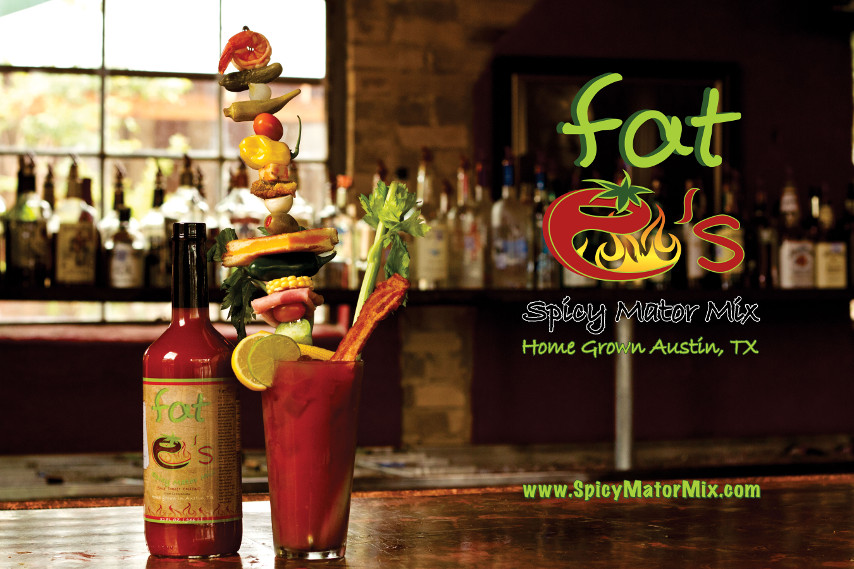 Now, production costs go up a teensy bit when your bottling professionally as opposed to over your stovetop, so Fat E needed to get word out about this awesome product and find some help distributing to the public. At first, he went around his neighborhood with a little red wagon full of ice cold mix, offering people a taste and asking where they might like to buy it. Then it was time to hit the town. Because he was (and still is) working as a full time restaurant manager, most of his sales calls happen before and after work and on his days off. Fat E is many things, but above all he is a good husband and loving Daddy, so of course he couldn't bare to sacrifice time spent with his family. Almost everywhere he went, his adorable daughter "Little E" rode right along with him. She held his hand walking up to every bar and sales counter, and gave her Daddy courage to rack up over 37 accounts when she was with him. That's 37 mini high-fives and 37 kisses on the cheek just to celebrate.

Fat E did all of his own distribution in the first two years, and most of the time Little E kept him company. She knew which places had the best lollipops behind the counter, and which bartender was going to let her feed the fish, and at 6 years old she has learned the importance of a bright, sincere smile and a firm handshake. Little E loves this business as much as if it were her own little sister, and hopefully, one day it will take care of her right back.